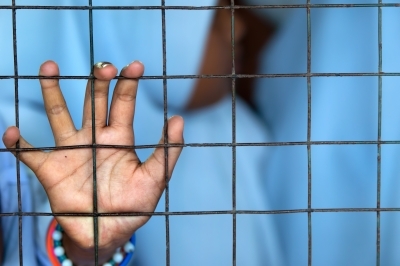 Final Conference of the project ‘’CONTENTION’’ (CONtrol of DeTENTION)

The legitimacy of pre-removal detention, as authorised by the EU Return Directive, depends upon judicial control as the ultimate guarantor that detention will be as short as possible and be maintained only for the purpose of removal. The judiciary is thus challenged to ensure that detention is necessary and proportional in its application. The project CONTENTION (CONtrol of deTENTION) examines the different dimensions of the lawfulness of detention with differing practices and differing forms of implementation at national and European level.

The CONTENTION project is an unprecedented comparative and analytical examination of judicial control over pre-removal detention in eleven EU Member States. The project, funded by the European Return Fund, is implemented by the Migration Policy Centre at the RSCAS (EUI) in partnership with the “Odysseus” Academic Network for Legal Studies on Immigration and Asylum (ULB).

At CONTENTION’s final conference, the results of the project – including databases giving access to case law on detention with more than 400 decisions – will be disseminated. The main findings of the project will help to shape three different panel discussions among judges, academics and EU representatives. The different meanings of the notion of lawfulness will be discussed, as will the consequences of State organisation on judicial control, and the question of the different powers that judges may or should have from EU law.

The final conference will also be the occasion to launch CONTENTION’s follow-up project: REDIAL (REturn DIALogue). This project aims at expanding the scope of CONTENTION by looking beyond detention to the entire EU return directive. REDIAL will also include all EU Member States that apply the Return Directive and will build a wide network of judges, who deal with return cases, and legal academics of the Odysseus Network, with a view to fostering horizontal judicial dialogue. REDIAL will be funded by the European Return Fund.

Details can be found in the agenda

Restricting human movement during the COVID-19 pandemic: new research avenues in the study of mobility, migration, and citizenship

Externalization and the UN global compact on refugees: unsafety as ripple effect

Understanding differences in attitudes to immigration: a meta-analysis of individual-level factors

December
15
2022
The launch conference of the MIrreM project