Professor and Deputy Director of the MPC 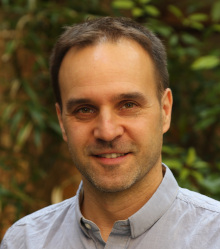 Martin Ruhs is Professor of Migration Studies and Deputy Director of the Migration Policy Centre (MPC) at the European University Institute (EUI) in Florence. He is on leave from the University of Oxford where he is Professor of Political Economy. Martin’s research focuses on the economics and politics of international migration, with a strong international comparative dimension. His books include The Price of Rights. Regulating International Labour Migration (Princeton University Press 2013), Bridging the Gaps: Linking Research to Public Debates and Policy-Making on Migration and Integration (Oxford University Press 2019, co-edited with Kristof Tamas and Joakim Palme), and Who Needs Migrant Workers? Labour Shortages, Immigration and Public Policy (Oxford University Press 2010, co-edited with B. Anderson). He is currently working on research projects that analyse the tensions between free movement and European welfare states (freeEUmove); public policy preferences for international cooperation on migration and refugee protection (MEDAM); the role of migrants in shaping systemic resilience to the Covid-19 pandemic (MigResHub); the use of new technologies in asylum and migration governance (AFAR); and the ethics of migration policy dilemmas (Dilemmas). Martin has also not yet given up on a long-delayed book project on ‘multinational corporations, migrant labour, and the nation state’.

Most of Martin’s work addresses key questions and dilemmas in public policy-making. Martin has provided policy analysis and advice for various national governments and international institutions. During 2009-12, he was the Director of Oxford University’s Migration Observatory. During 2007-14, Martin was a member of the UK’s Migration Advisory Committee (MAC), an independent body of five academic economists tasked to advise the UK government on labour immigration policy. In 2017, Martin co-edited (with Marie McAuliffee) the World Migration Report 2018, published by the International Organization for Migration (IOM). He is currently an academic co-director of the international MEDAM project, which provides research to inform the reform of European policies on asylum and migration. Martin has written for the New York Times, Financial Times, Guardian and Irish Times.