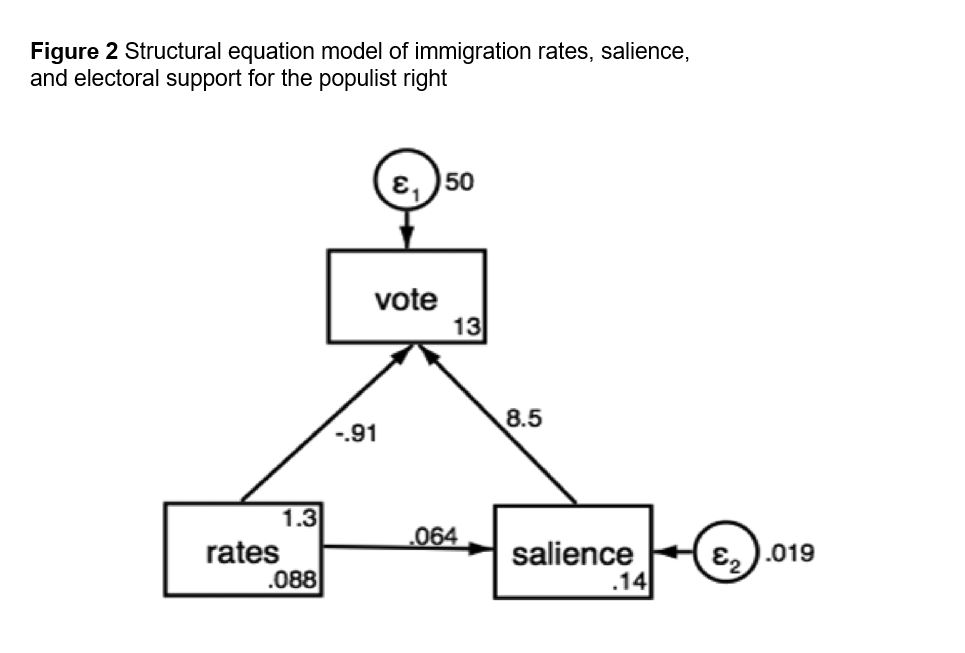 In this newly published article, James Dennison tests whether variation in issue salience can explain the rise of the populist right in Western Europe. By taking a novel cross-country and cross-time approach at both the aggregate- and individual levels using panel data, he demonstrates that the salience of immigration positively affects electoral support for the populist right and that it is partially caused by immigration rates. He does not find evidence of a positive effect of the salience of the issues of crime, unemployment, the economy, or terrorism, whereas he finds evidence of a positive effect of the salience of Europe at the individual level, which is of a similar scale to immigration.
Read the full paper here.