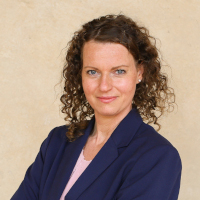 Lenka Dražanová is a Research Fellow to the Observatory of Public Attitudes to Migration (OPAM) project. Lenka received her PhD (Summa Cum Laude) in political science from the Berlin Graduate School of Social Sciences at Humboldt-Universität zu Berlin in 2016. She holds additional degrees in political science from Central European University (Hungary) and Charles University (Czech Republic). She was also awarded a Humboldt Postdoc Scholarship at the Humboldt-Universität zu Berlin under the German Excellence Initiative. Lenka´s primary research agenda has two specific areas that revolve around the question whether we can really identify a current shift towards less tolerant, populist and nationalist societies and politics (especially in Europe), and if so, how we can explain the underlying causes. Firstly, she examines the development of populism, nationalism and xenophobia and the challenges they provide to (liberal) democracy. Secondly, she focuses on comparative political behaviour and political/social attitudes and their interdependence with policy, institutions, political actors and cultures. Her recent book “Education and Tolerance” analyzes quantitatively cross-national variations in the effect of education on social and political tolerance based on a large-scale survey. It argues that education contributes to more tolerant views only in countries with certain political, socio-economic and cultural background and identifies individual-level and country-level factors that may influence the relationship between education and tolerance.

She is currently working on research projects that provide accurate predictions and adequate management solutions of migration flows in the European Union in the phases of reception, relocation, settlement and integration of migration (ITFLOWS); explore effective messaging that can resonate beyond audiences who are already supportive, and to learn from impactful as well as counterproductive communication strategies (E-mindful); and the use of new technologies in asylum and migration governance (AFAR).

Restricting human movement during the COVID-19 pandemic: new research avenues in the study of mobility, migration, and citizenship

Externalization and the UN global compact on refugees: unsafety as ripple effect

Understanding differences in attitudes to immigration: a meta-analysis of individual-level factors